Here at MIC, there is a lot to life outside of lectures. Explore this page to find out all about college sport, and the many clubs and societies on offer to suit all tastes. You will also find out how you can get involved in Limerick’s student radio station, as well as lots of information on what to do, see and explore in Limerick city and Thurles town. 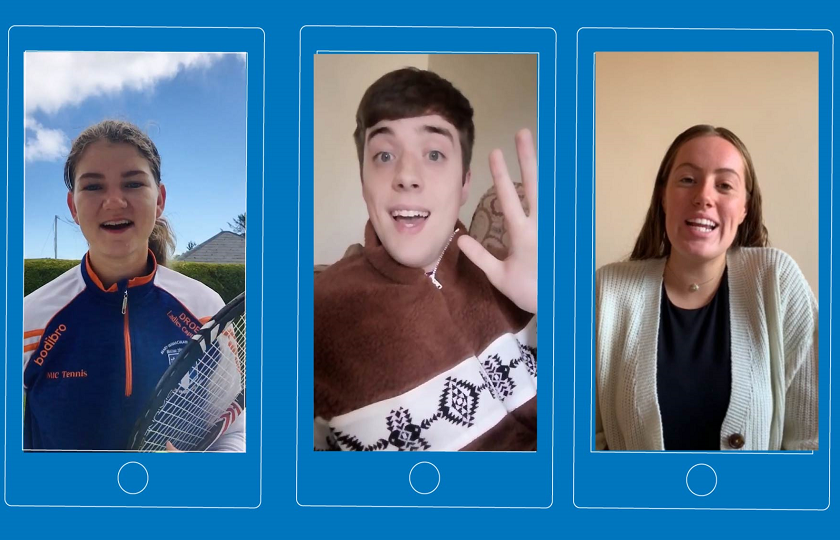 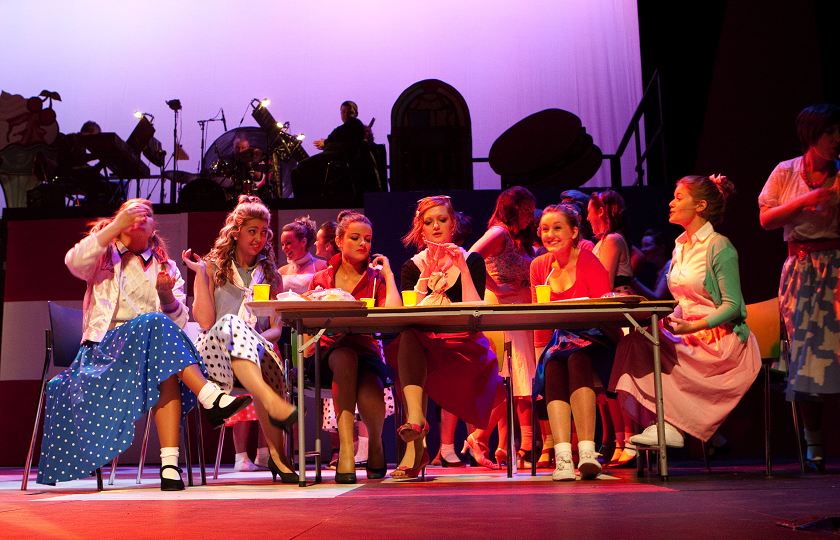 During your time at third-level it is important to strike a good balance between college work and recreational activities. MIC’s Students’ Union, MISU, offer a wide range of clubs and societies for students. From Hurling to Harry Potter and Ladies Football to Live Music, there is something to suit all tastes.

MIC’s largest society, MIDAS (MIC Dramatic Arts), takes to the stage of the Lime Tree Theatre each year (located on our Limerick campus) for an end of year show. Past productions have included Grease, Cats, Aladdin, A Chorus Line and Les Misérables, and the society has often scooped national awards for its stage productions.

Check out the full list of clubs and socs below and if you don’t find the right club or society for you, you can always chat to the Students’ Union about setting up a new one. 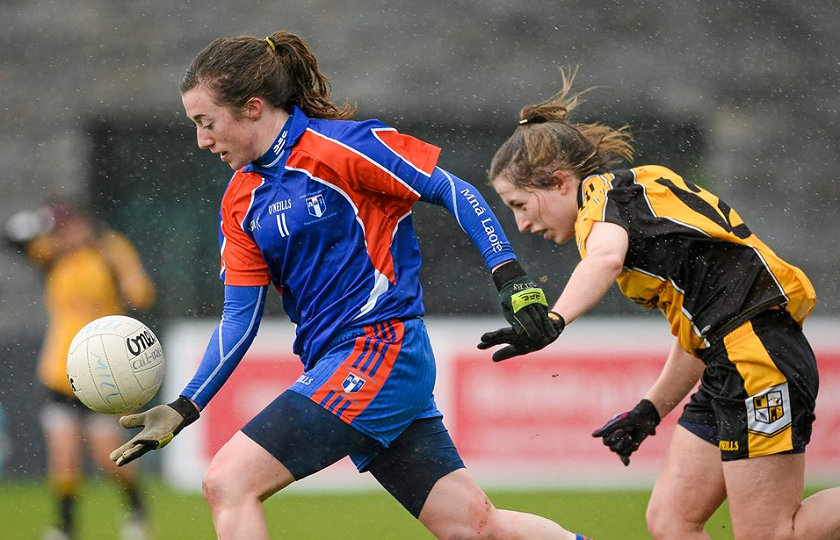 MIC has a proud sporting history, and students and alumni have represented club, county and country in various sports, including GAA, rugby, athletics, handball, soccer, rowing and more. 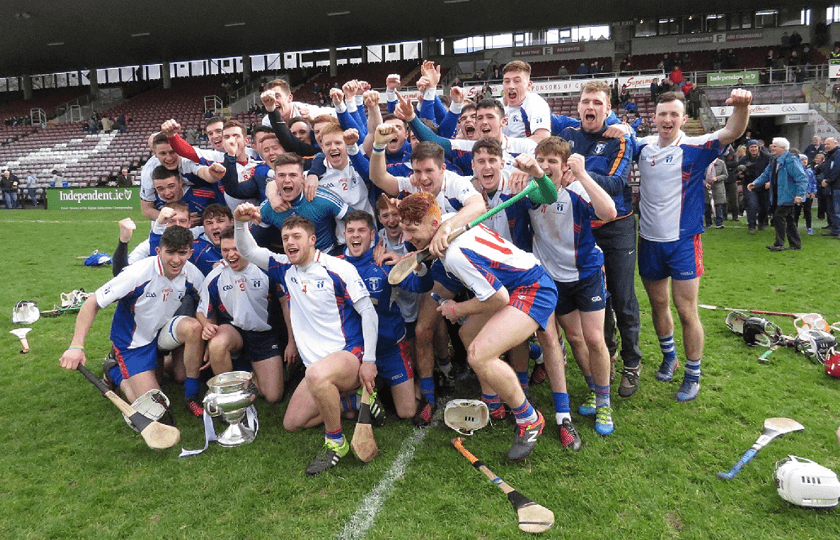 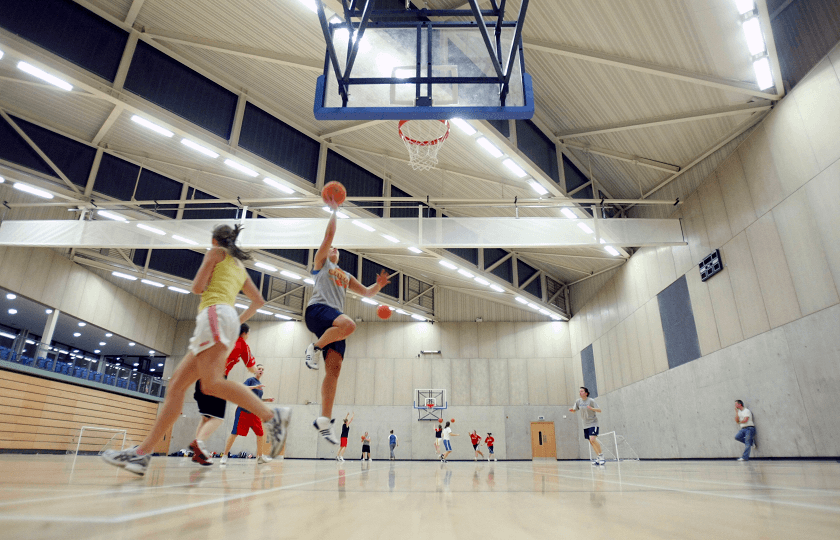 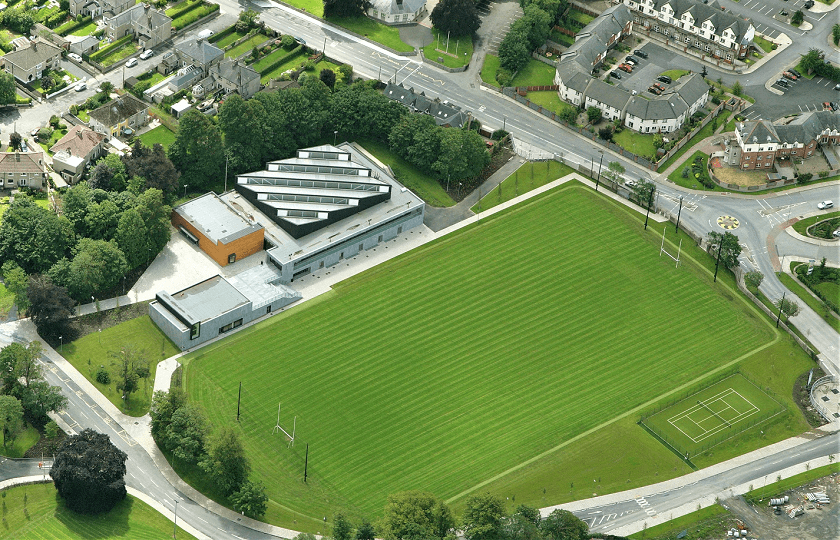 MIC's Limerick campus is home to a multi-purpose sports complex 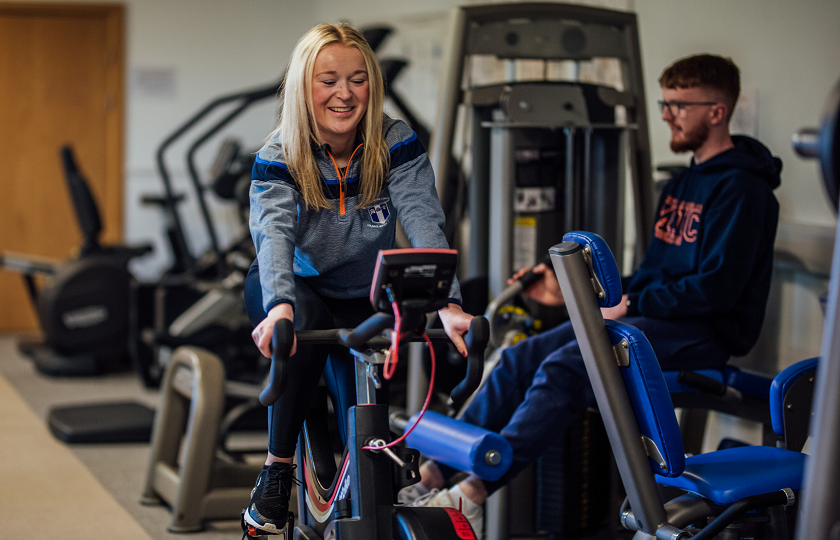 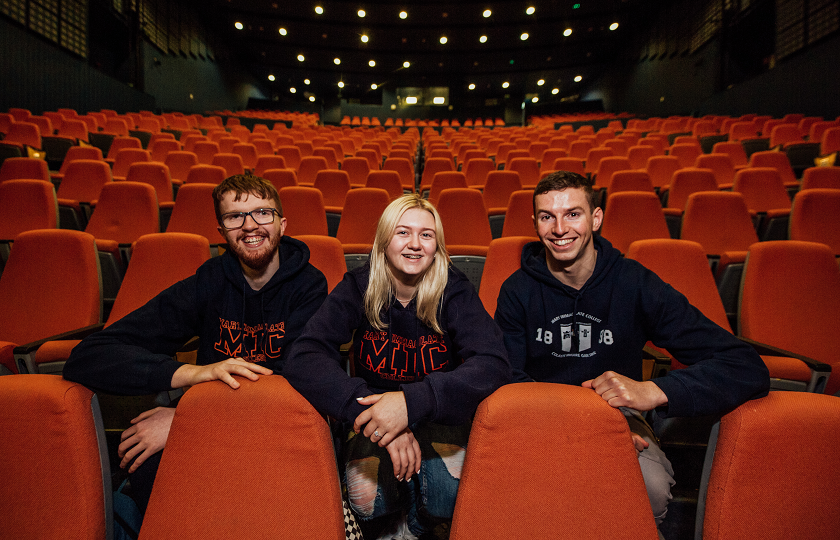 The College has a vibrant tradition in the performance and visual arts, and there are numerous opportunities for students to participate in informal productions and public performances.

We are lucky to have the Lime Tree Theatre located on our Limerick campus, which plays host to the best in local, national and international performing arts. Every season has wonderful surprises so make sure you check out their current listings to see what performances will be on your doorstep. The Lime Tree Theatre’s sister theatre, the Belltable, is also located just 1km away from MIC in the heart of Limerick city. And of course, there are some great discounts available for MIC students at both venues!

Throughout the year you will also be able to enjoy regular art exhibitions at MIC, primarily of students' work but also occasional temporary displays by external or visiting artists. 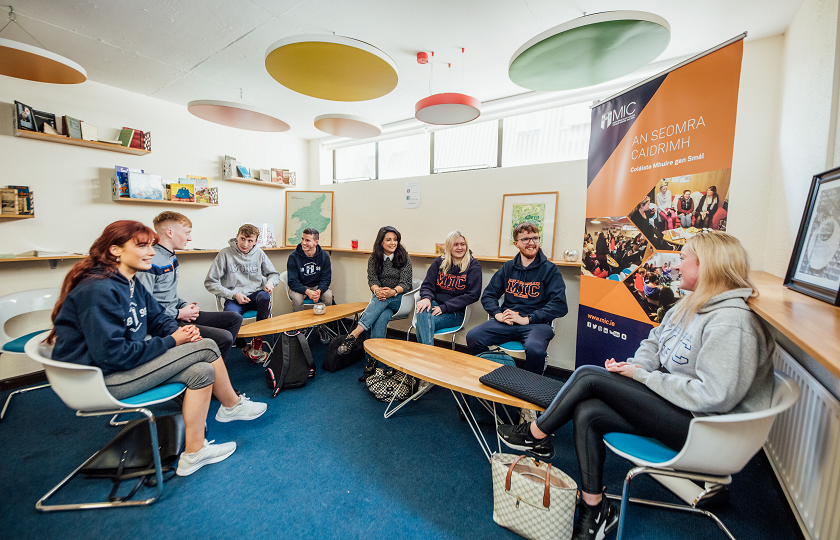 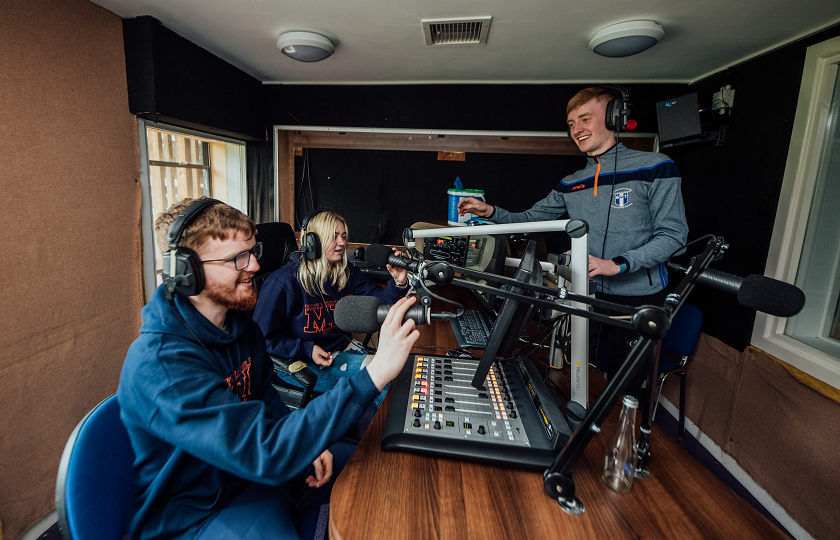 Limerick’s student radio station, Wired FM, is located on our Limerick campus and also on campus at the Technological University of the Shannon: Midlands Mid-West. The station provides a voice for the students of Limerick and offers a real alternative for fans of great music and talk-based radio in the city.

Notable alumni who have volunteered at Wired FM while studying at MIC include RTÉ sports broadcaster, Jacqui Hurley, executive producer with RTÉ Children’s and Young People programming, Eimear O’Mahony, and presenter with RTÉ Lyric FM, Ian McGlynn, to name but a few.

Any student on any programme can volunteer with Wired FM, and if getting in front of the mic isn’t for you there are plenty of volunteering opportunities for researchers and technicians. 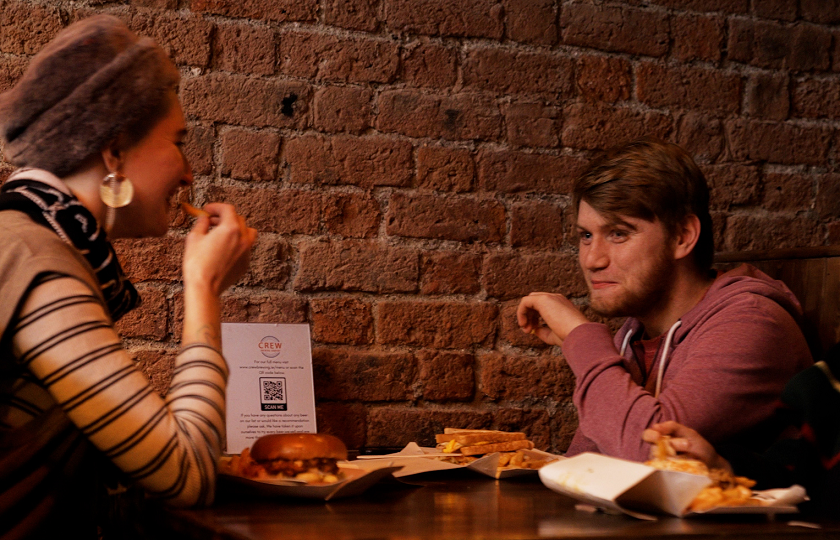 The MIC Limerick campus is located just a short 10-minute walk from Limerick City centre. The College’s close proximity to the city centre means our students have easy access to lots of cultural and social amenities, as well as the main rail and bus terminus, which provides excellent transport links to many parts of Ireland.

With three institutions of higher education and a combined student population of almost 25,000, Limerick is a bustling, vibrant and exciting city with so much to see, do and explore. With a selection of museums, cinemas, theatres, nightclubs, cosy pubs and stylish bars, as well a great array of restaurants and cafés to choose from, Limerick will provide you with plenty of opportunities for a great social life.

Limerick is also the sporting capital of Munster and throughout the year there are lots of activities on offer to satisfy your sporting interests. From kayaking to karting and horse racing to rugby, as well as an array of activities focusing on health and wellbeing, there really is no place like Limerick for your student experience. 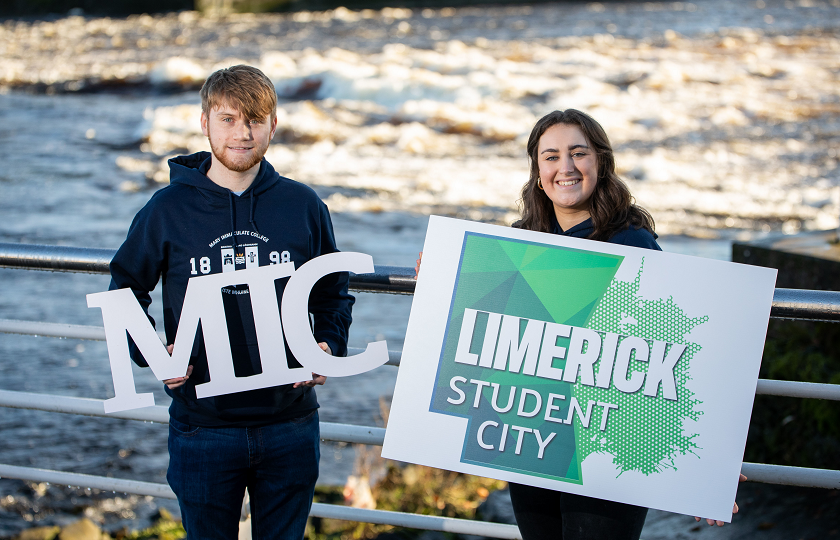 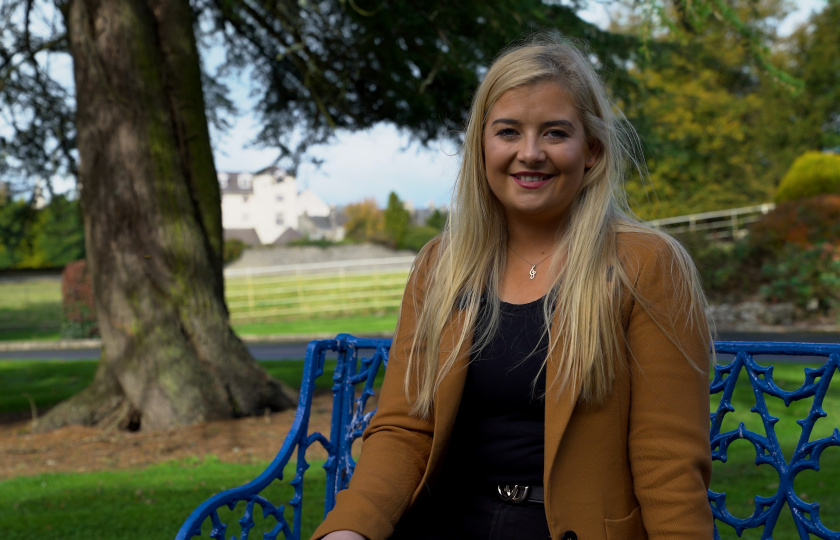 The Thurles Market Quarter is currently undergoing major renewal and our Thurles campus will form an important part of this multi-functional space in the town centre. Given its close proximity to the campus, this revitalised space will provide a home for the MIC Students’ Union, as well as a space where students and locals alike will find the best in local food and crafts, as well as music and cultural performances.

Thurles also offers a great social life for students so whether you’re looking for chats in a cosy pub, an eye-opening art exhibition or a cycling route with breath-taking scenery, there’s something for everyone in Tipperary. 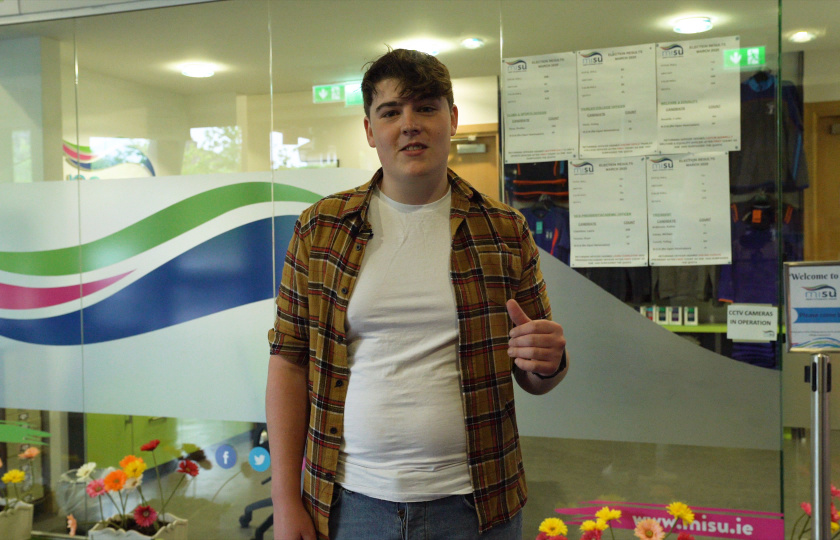 Mary I Students’ Union (MISU) is the representative body of students within MIC. The Students' Union is all about giving students a voice, helping them to use it and enriching their college experience. MISU provides support and advice on academic, welfare and equality issues, and also help new students to settle into life at third-level. So, if you need advice and support on budgeting, sexual health, accommodation, assignments or anything else during your time at MIC, MISU are here to help.

The Students’ Union organises extra-curricular activities for students and offers a broad selection of clubs and societies for students to join spanning the arts, culture, entertainment, education, sports, welfare and charity. The SU also run many student events throughout the year, such as club nights and gigs during Orientation and Freshers' Week.

MISU also gives new students the opportunity to get involved in the Students’ Union as Class Reps. Class Reps sit on the Union Council and are a key link between the student body and the Union’s Executive Committee, which is made up of the SU President and Vice-President. All students can stand for nomination as Class Rep and each class in the College has at least one representative on the SU Council. 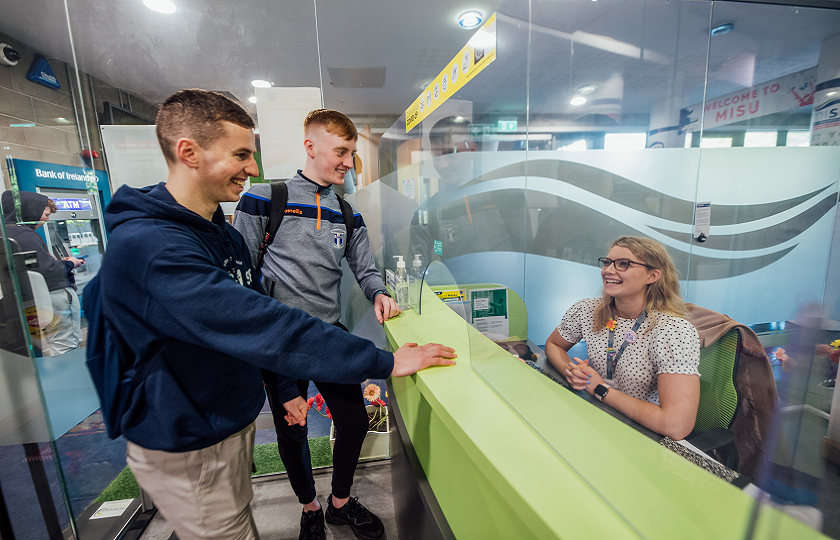